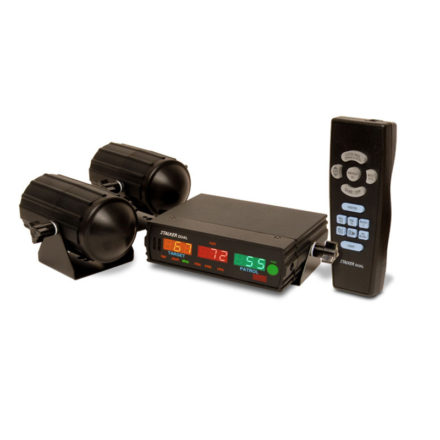 The industry standard for moving Police radar with the best range and performance available – now including automatic same direction operation. 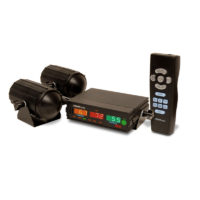 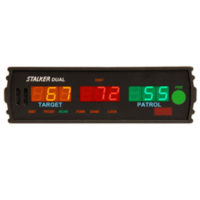 The Stalker DUAL SL sets the standard in the industry for range and performance. The best performance means accurate monitoring at greater distances, which results in superior tracking history and better target identification.

The Stalker DUAL SL compensates for patrol speed variations when generating the Doppler audio. Since the audio tones do not vary with patrol speed, the operator learns to correlate this true Doppler audio with target speed, which eliminates the need to constantly watch the display to determine target speed.

The Infrared cordless remote moves all controls into the palm of the operator’s hand. After experiencing the convenience and ergonomic sensibility of the Stalker Omnidirectional and backlit cordless remote, no operator will ever want to return to corded or faceplate controls.

The tiny display module can be easily separated from the counting unit using an optional cable. This allows for nearly limitless installation options.

The serial RS-232 port can interface with most video cameras, computers, remote readouts, printers, etc. The port interface eliminates the need to route additional cables to the display/counting unit.

The Most Sophisticated Ka Band Antenna

The extremely sophisticated Ka band antennas use two mixer diodes (every other radar available uses just one diode). By averaging the Doppler signal from two diodes, the ending signal is much cleaner (less static or noise). The reduced signal noise increases sensitivity and allows the radar to achieve much longer range.

The Stalker DUAL SL achieves longer range by digitizing the Doppler audio signal at the antenna and using a high speed bi-direction communication link to transmit data between the antenna and the counting unit. Other two-piece radar units (even DSP radar units) send a low level Doppler audio signal from the antenna to the counting unit for processing and speed display. This method is susceptible to noise induced by the auto ignition and 2-way radio transmissions, which result in reduced range and increased potential for false signals.

The completely waterproof Ka band antenna features O-ring seals and connectors. The antenna can be exterior mounted with no reliability concerns.